How an iconic picture captured a moment in time 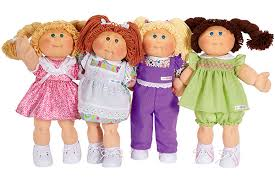 Microsoft, the juggernauts of the Computer world was formed in 1978. While it has been going for over 40 years there is an iconic picture of its first eleven employees. Yes, Bill Gates is one of them as he is the founder. So, what do the geniuses who created Word, Excel and all the other Office applications along with the Windows operating system look like? Be prepared.

It’s very hard to look at that and not think, “yep, that’s the 70’s” it turns out that one of the people in the picture won a competition and a free portrait was the prize ( the guy in the middle in the orange shirt). He decided to use it by dragging in his new workmates in this new computer company he was starting in.

It’s a strange snap shot and it almost wants you to shout “why didn’t you put in a system that would allow me to do a PDF to Excel” but there’s no point crying over spilt milk. By the way the guy in the middle that organised the photo after winning the competition? He left in 1981 and went on to make a load of money with his family company. What was the secret to his fortune? Cabbage Patch Kids.