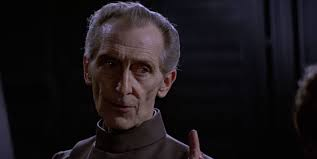 Here’s a question for you, which one of these three films has the highest body count. John Carpenter’s Halloween Certificate 18(X) released in 1978, Star Wars: A New Hope certificate U released in 1977 or Rambo: First Blood Part II Certificate 15 released in 1985. The answer is Star Wars a New Hope! Really? Yes, There are 75 kills in Rambo (the lowest of the series), Halloween has 5 but Star Wars wins with 9 billion 1 million and 7 thousand (not including four hundred thousand droids). 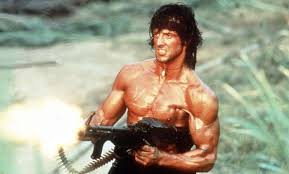 You might not see them go face to face but the deaths still happen. Consider these points, When Grand Moff Tarkin casually says “You may fire when ready” in Peter Cushing’s clipped tones he is destroying an M-Class Planet, Alderaan, much like our own. If we take the current population of Earth that’s 9 billion. Harsh.

As Luke sends the proton torpedoes right down the exhaust pipe he is dooming 1.7 military personnel to their deaths. He also creates a pollution nightmare as all that turbo lasers, office equipment and longspan racking gets thrown out into space. Only Darth Vader survives and only because his TIE fighter Advance has a hyperdrive, the normal TIE pilots are just left hanging.