Living in a Castle. I wonder what the Mortgage would be? 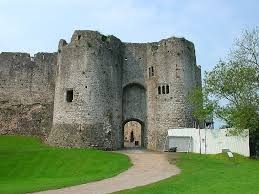 The Castle comes to us from the Invasion of the Normans. Although the Romans were able to build camps and small way forts on Hadrian’s Wall this is the first time defensive buildings to exert authority were established. The Normans had taken control of England but they still expect a degree of resistance. The reason that very little occurred was in part to do with the Castles that they put up. The first castles were of the Motte and Bailey variety. This was a stockaded fore area on a slight hill with a higher one behind and a stone or wooden tower. Fire was used to raise them and so the Normans soon began building more solid stone structures. From these castles they were able to take a grip on control.

As the Castle progressed it came to have greater defences. Moats, a large surrounding expanse of water was added. Larger towers and gate houses were developed along with the drawbridge and the impregnable portcullis. Part of the defence was to discourage invaders from even attempting an attack.

Taxes, loans from the Crown and other Barons plus huge personal wealth made the build of the Castle possible. From a modern perspective it would certainly be a full days work for a Building surveyor should their lord and ladyships want an upgrade.