Land of the Dragons: Meeting the Galapagos Iguanas 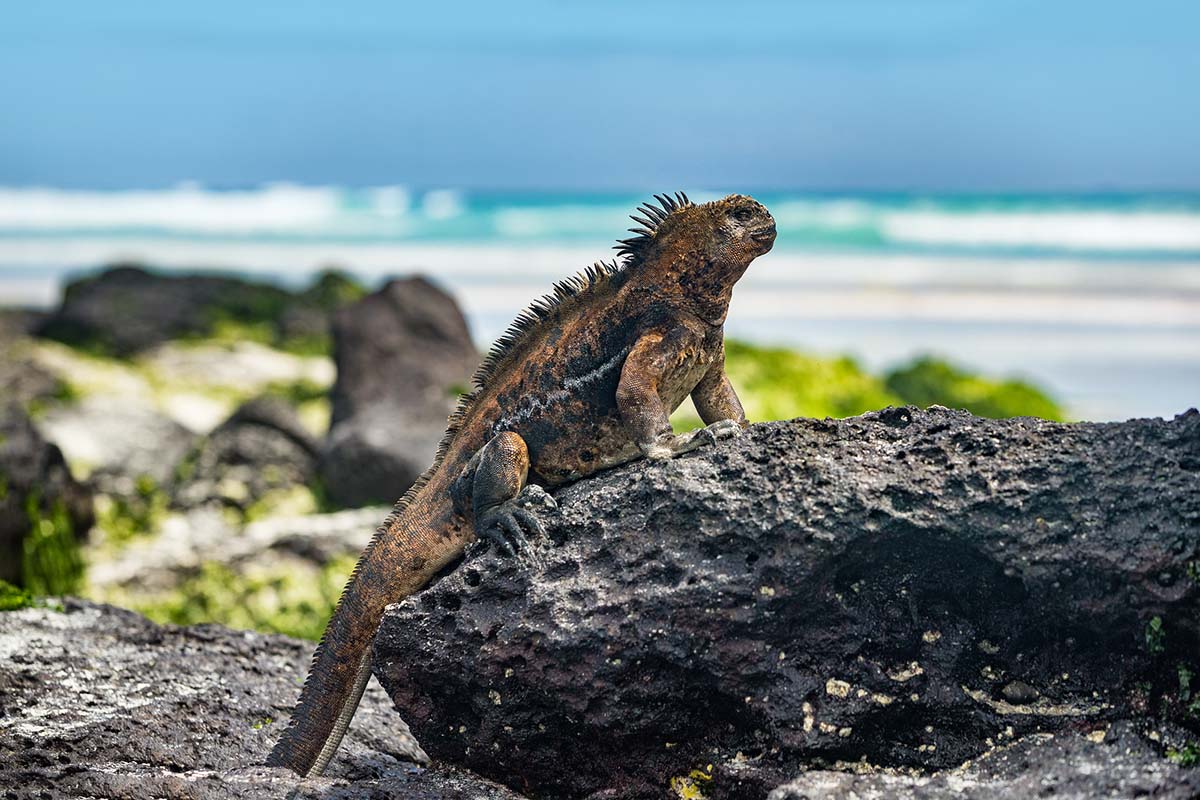 The Galapagos iguanas resemble mythical dragons of bygone days. With their long tails, spiny crests and clawed feet, these mystical harmless lizards are very much present today in the Galapagos Islands but are sadly facing extinction.

Male iguanas are typically aggressive, as they not only defend their area but usually several females. Their territorial displays consist of rapid head nodding and often tail-thrashing and biting battles with other aggressive males.

Once iguanas mate, the female digs a burrow and lays around two to 25 eggs. Young iguanas hatch around three months later. Land iguanas can live for over 60 years, providing they survive the first perilous year, when food can be scarce and predators such as owls and hawks pose a mortal danger.

Galapagos land iguanas have rough wrinkled skin, yellowish in colour, scattered with patches of rust, brown and black. They can grow to over a metre long and weigh up to 13kg.

The iguanas are found sprawled in the hot sunshine in the mornings and retreat to the protective shade of vegetation and rocks during the midday heat. At night they sleep in burrows to conserve their body warmth.

Charles Darwin reported in 1835 about the abundance of land iguanas on Santiago. Settlers and whalers arrived in the early 1800s, bringing with them pigs, cats and goats, which hunted iguanas and depleted large areas of vegetation that provided food for the lizards. Today, iguanas are extinct on Santiago and are almost gone on some other islands. Galapagos holidays are a superb way of supporting the community and witnessing these strange crested lizards first-hand in their natural habitat.

In the 1970s, wild dogs wiped out several colonies of the land iguanas, and emergency rescue operations were launched. Captive breeding programmes ensued, and since 1980, more than 700 young iguanas have been bred and released into the wild. Populations of wild dogs have been eliminated, and wild goats, pigs and cats are now controlled.

The Galapagos land iguana is unique, and continued conservation supports and efforts are essential if this curious reptile is to avoid extinction.