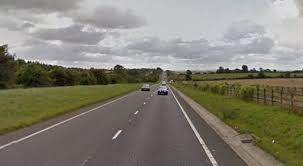 It’s a popular view that the reason why Britain has such straight roads is because the Romans did them all. Take a look on any Planning Maps from https://www.themapshop.co.uk/planning_maps_online.htm and you can see them.  For example, the A417/419 starts at Gloucester Southgate and you can see it runs through the suburb of Hucclecote and Brockworth, through the Cotswolds, into Cirencester, where it follows Gloucester Road and Victoria Road.  It then goes out the otherside across the Thames Valley to Swindon where it becomes Ermine Street (it’s old Roman name) or the B40006. The new roads were built on top of the old and this means that whenever there is an extension there has to be lots of rescue archaeology done. 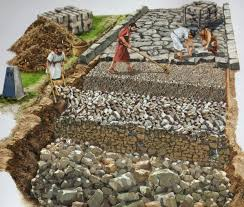 However, it’s a bit of a mistake to say that it was all the work of the Romans. They found that there was already an extensive track and road system put in by the ancient Celts. The Celts also favoured the straight road approach as it got them wherever they were going a lot quicker and more directly.

You may find a very straight bit of road and think that is done to the Romans. Again this might not be the case. The Enclosure Acts of the 1800’s sectioned off vast swathes of the countryside, including common land for private ownership. This resulted in the hedgerows and walls that see but also the roads to service them were dead straight to act as a barrier. That road is not as old as you might think.