What is a Dramedy? 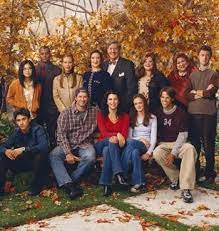 People in the Television media, critics and creators alike, love a good buzz word or phrase. Without them nothing would have definition or would, heaven forbid, not seem to be very important. What we would call “a good TV show” they would call “a fresh reappraisal of the format that converts itself well into dramedy”. Which then begs the question what actually is a Dramedy. It’s not a word that appears in the English language but suddenly it is. Here is where it comes from. 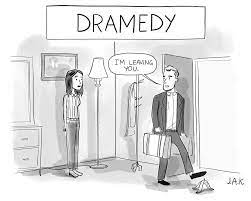 We all need labels when it comes to TV. The Dramedy is the fusion of the word Comedy and the word Drama. There were certain shows from the noughties onwards that seemed to be the epitome of this. It’s where a show is billed as a drama and dramatic things happen but there is also a layer, and quite a thick one at that of comedy on top of that, or even underlying it. There are several examples of this in the USA and UK market that have shaped the idea of the Dramedy. Some might say that what we actually mean is it’s just a well acted,  well written and well rounded show but that’s too long so dramedy is used instead.

We’re not talking about a sitcom that has very serious bits in it or a drama that has some big jokes placed here and there, we’ve always had those. When it suddenly found ITV executives demanding it go to 4 shows a week Coronation Street firmly turned to comedy to pad out the shows but it was not a dramedy. The best example is that of Gilmore Girls. It sets the trend of showing serious deep subject matter around relationships, family histories and current whilst still carrying an air of joviality. You still need the attention of a TV Aerial installation Bristol based firm like Aerial Installations Bristol to enable you to watch it.