Interesting Species of the Amazon 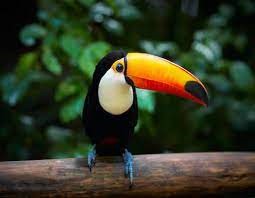 One of the most biodiverse places on the Earth is the Amazon rainforest. This unique ecosystem is home to millions of different species of plants and animals, which all make up this beautiful and fragile ecosystem.

Many of the species that live here are indigenous to this area, and it is important that we protect this special environment. The rainforest of this region is rapidly being lost and is under threat due to deforestation and climate change.

The Rubber Tree – The Hevea Brasiliensis or the rubber tree as it is better known is native to the South American rainforests, and it is the tree where rubber is obtained from. This process is called tapping and is something that the indigenous people of the region did for centuries before the rest of the world discovered this. Nowadays these trees are still used to produce rubber for places like this silicone moulding UK based company Meadex.

Toucans – The bright and beautiful birds are one of the most famous residents of the rainforests of South and Central America. They are intelligent, playful and inquisitive and have a wide range of sounds that they make – from a frog like croaking sound to purring like a cat! Their most striking feature is the large brightly coloured bill, which they use for eating the fruits they enjoy and even can be used to peel the fruits.

Poison Dart Frogs – Living in the understorey layer of the Amazon rainforest are many amphibians like the poison dart frog. These beautiful little frogs may look very pretty with their bright jewel like colours, but they contain a deadly poison. The bright colours that they display are actually a warning to potential predators that they are dangerous. 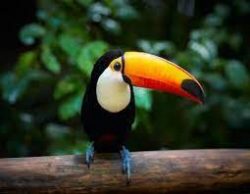 Bullet Ant – Another creature to admire from a safe distance is the bullet ant. These are large ant, actually the second largest species of ant in the world. It gets its name from its painful bite, which is said to be the most painful insect bite you can receive. It is likened to the pain of being shot, which is why the ant is named the bullet ant! They are very defensive and aggressive and will use this to defend their nests.

The Giant Otter – These large and beautiful beasts are similar to the many other species of otter around the world. However, the giant otter is only found in the Amazon and they are threatened by habitat loss. They are also a lot larger than all other species of otters, living in the dangerous river where they regularly have to fend off crocodiles.